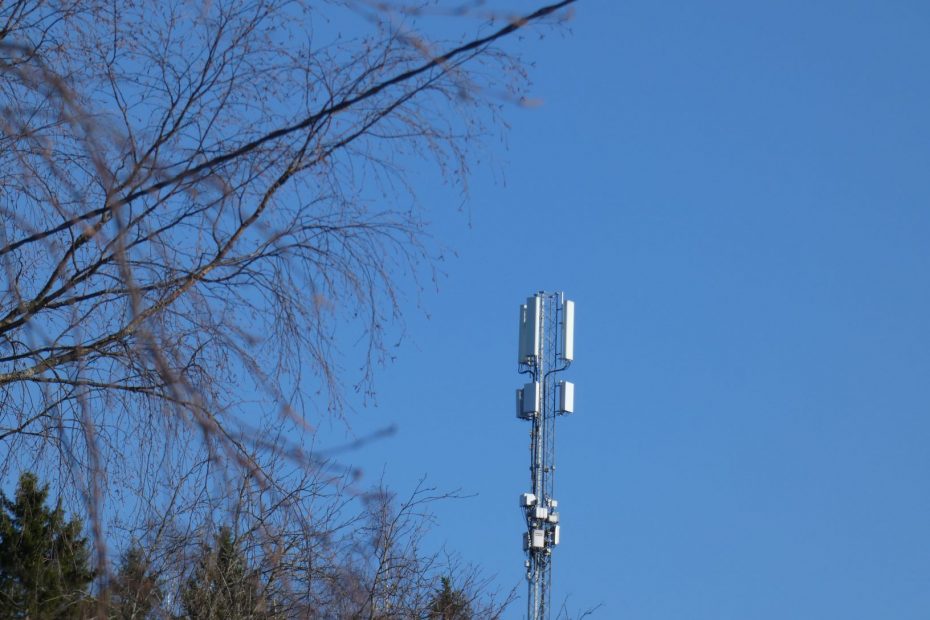 Internet provider DNA is testing at Vantaa Paarmarinne a 3500MHz 4G LTE network for Fixed Wireless Access, according to Aamulehti (in Finnish) and their Press Release about their 5G Launch. Fixed Wireless Access means that the 4G modem / router is mounted to the wall of the building, meaning the installation is fixed instead of being mobile router. To ensure the optimum performance at high frequencies, such as 3500MHz, it’s required that the terminal is installed outside or with an external antenna 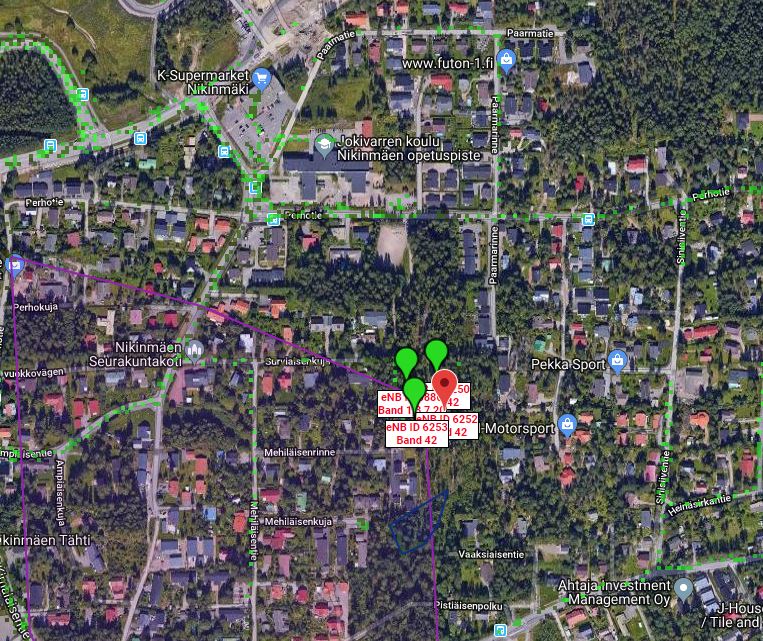 The exact location of the base station is on CellMapper map. 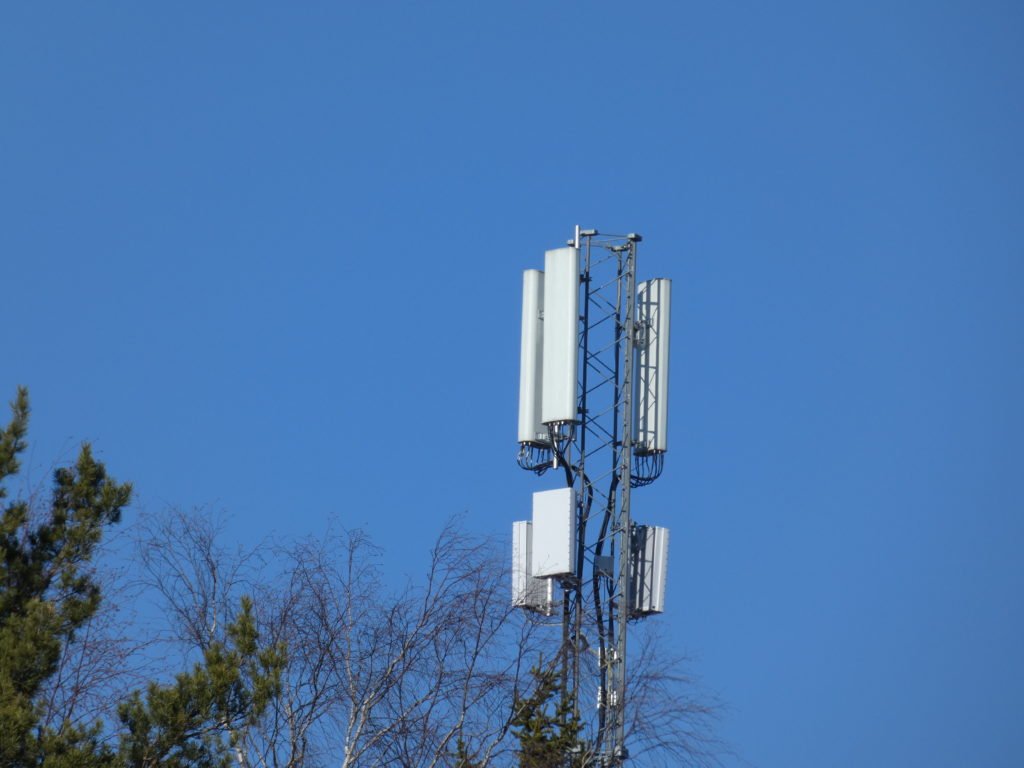 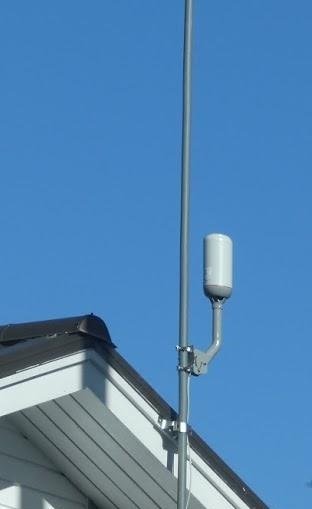 The base station is in production use, so it can be used with DNA subscriptions and suitable 4G modems. DNA offers a Huawei B25380-66 4G modem that supports the B42 (3500MHz) band.

This modem seems to be mounted on the aerial mounts and walls of the houses in the area. I don’t have Huawei’s router, but my Essential Phone smartphone supports this high band and I used this to test the connection. Most smartphones sold in Europe don’t support the B42 (3500MHz) band.

With a Huawei device you could reach higher speeds because they have a different antenna solution (phone antenna vs router antenna), but the Essential Phone is the only modem I used this time to test it. 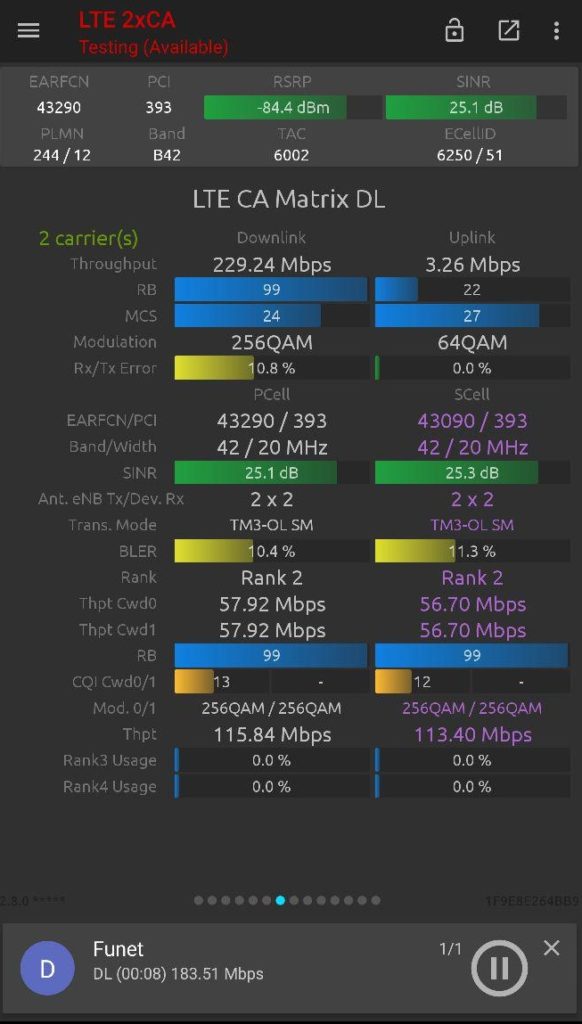 Speedtest – Downloading from Funet FTP-server. This base station have 2x 3500MHz band available. 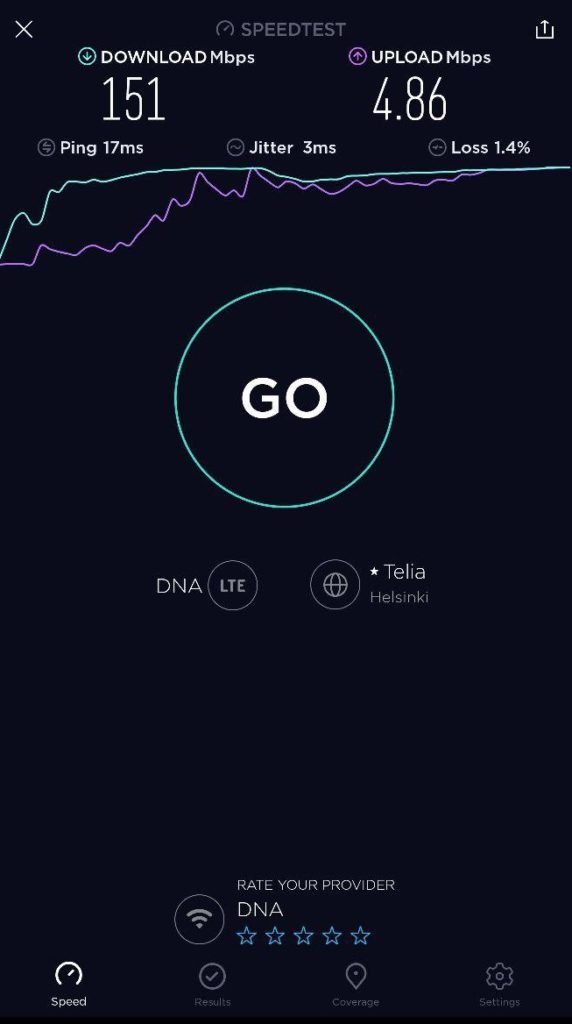 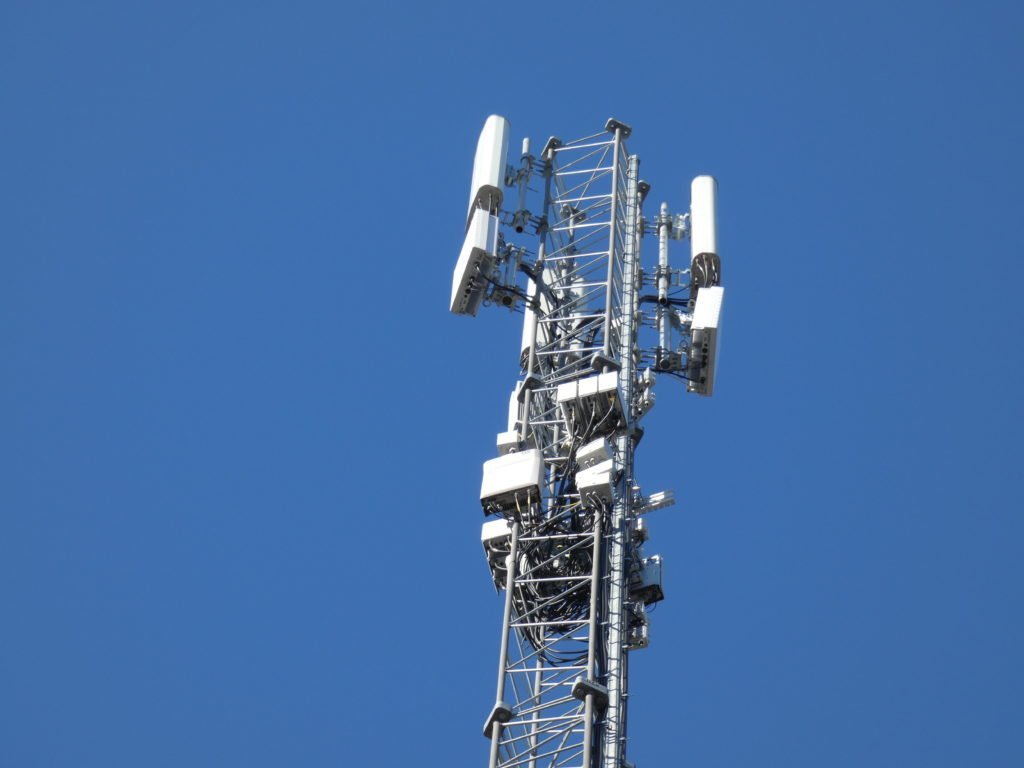